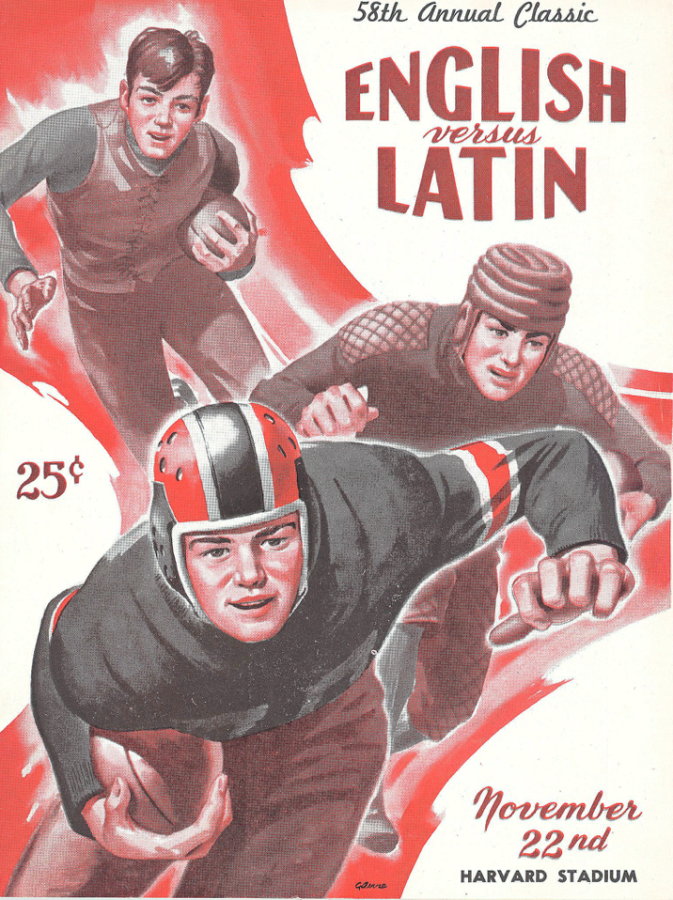 In 1945, football was one of the only sports offered and the signature sport at BLS. English High became Latin’s greatest football rival in 1877, facing off every year on Thanksgiving Day. Due to the academic requirements at BLS, many athletes left the team; some even went to play for English High. In an essay written by John Powers (‘66), Tom Bilodeau (‘60), a quarterback of the 1958 team, says, “Senior year, seven of the English starters had played for Latin.” Thus, the English team knew all of BLS’s audibles, or verbal codes used during a game, so it was impossible to win with those. Instead, they called one audible, and played a different one; with this strategy, BLS made an “astounding comeback” that game.