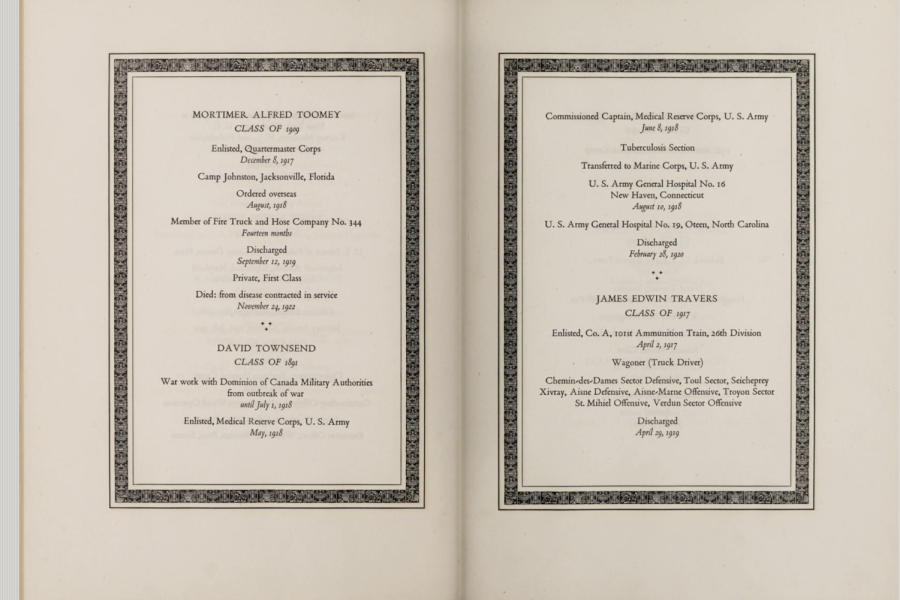 Published in 1925, The Public Latin School of Boston in the World War: A Roll of Honor is a commemoration of all BLS students and graduates who served in World War I, listing their full military record in simple terms. The memorial book was placed in the digital archives collection in 2018, and it includes a foreword by Mr. Henry Pennypacker, who was the Head of School from 1910 to 1920. The archives’ digitized photograph collection contains memorial photos of John Andrew Doherty (Class of 1912) and Richard Fossett Metcalf (Class of 1917), who both died in battle in 1918. During World War I, 480 BLS alumni and graduates enlisted in the U.S. army and navy.