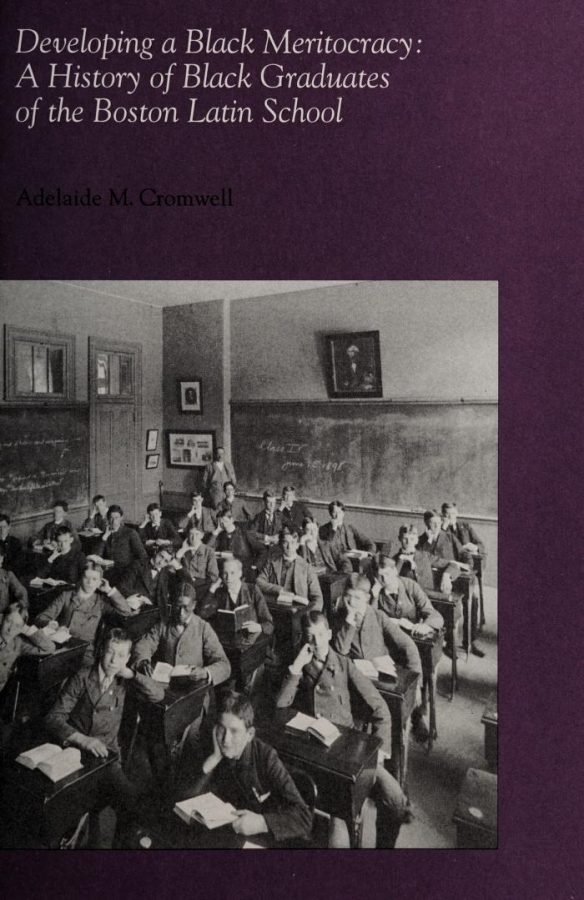 Recently digitized, Developing a Black Meritocracy: A History of Black Graduates of the Boston Latin School is a book published in 1985 that notes the lack of documentation of the experiences of Black students and reflects upon the hardships and adventures that Black students encounter in Boston schools, specifically at BLS. Despite facing racism generated by the people around him, Parker Bailey (Class of 1877) became the first Black person to ever graduate from BLS. The book follows the journeys of Black students at BLS starting in the late nineteenth century, including Clement Morgan (Class of 1886), who went onto Harvard College, where he befriended American sociologist W. E. B. Du Bois. It also features the history of a lack of acceptance of Black students at BLS, their accomplishments and a list of careers they aspire to take on after attending Latin School and concludes with a record of Black students from 1877 to 1984.