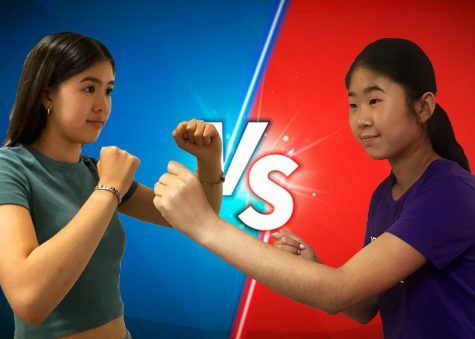 No, Commit Culture Is Not Toxic

If you log onto any form of social media around mid-April, you might be swarmed with college decision reactions featuring ecstatic students celebrating acceptances to their dream schools. That is commit culture, which provides more benefits than drawbacks when it comes to the students’ efforts and learning.

It is no secret that college is demanding. In fact, getting into college is quite impressive in itself, and admittees should be proud of that feat on its own. In four years, professors cover many difficult subjects.

Commit culture allows a smoother transition, placing an emphasis on education during one’s high school years. All of the effort students put into their studies is ultimately rewarded. Commit culture encourages them to work harder during high school, which majorly pays off when the students head to college, an objectively tougher environment. The focus on academics significantly increases student engagement.

The payoffs of commit culture are not only limited to the absorption of educational material but also include the positive development of many essential skills.

Since admission to more prestigious colleges requires a high GPA and various achievements, students are driven to challenge their own limits and exceed expectations, refine both their problem-solving skills and work ethic. It also gives them a taste of what college will be like mentally.

High school students often can begin to learn college material, either outside or within their schools. For instance, AP classes and accelerated courses can translate into college credit and help the student get ahead. Commit culture motivates students to exceed expectations when it comes to learning. Instead of having students learn the material taught in high school solely for their current class, commit culture gives the students incentive to pay attention to all the content during their high school years, relieving many from having to do more work in the future.

Furthermore, commit culture also encourages students to take extracurricular activities, which would allow students to engage in interests they may enjoy and possibly pursue later. Aside from that, there are numerous advantages to partaking in non-academic activities. Playing a sport, for instance, reduces stress and improves physical health.

High school is an explorative period to begin thinking about the next steps of life when one matures. Students can explore different subjects and extracurricular activities while pondering what path they want to take. They are encouraged to think about their future ahead of time, rather than coming up with last-minute decisions. While some may argue that commit culture discourages other paths like trade school or community college, the manifestations of commit culture themselves are not innately college-centric. Just because commit culture currently places an emphasis on going to college, doesn’t mean it can’t be more diverse than that if society allows it to be. Commit culture does not restrict its application to only colleges but also can encompass every other career path.

Some may also claim that the idolization of dream schools makes people view their peers as their enemies. A competitive environment, however, is not as harmful as people think. The whole point of dream schools is to find the top students and provide outstanding education for those high-ranked scholars. There is no way to eliminate a competitive environment without also getting rid of those types of opportunities. Commit culture is often misunderstood as being the mindset that causes high schoolers to stress over resumes and spend hours doing unpleasant tasks with no visible benefit. There are many clear benefits, however, that come as a result of the work students put in. In fact, commit culture ultimately inspires many to contemplate their next steps. Like every guidance counselor suggests, thinking about the future is absolutely imperative and such an initiative may impact your future for the better.

Graduation season is here, and one question looms over the majority of the senior class — where will they commit to college? Constant questioning and unsolicited advice overwhelms them every day, from “what colleges did you apply to?” to “what were your statistics?” and “what did you write your supplements on?” Even the most well-meaning people can fail to understand how intrusive it feels to be bombarded with questions about college decisions so frequently. The very act of publicizing college commitments breeds toxic grounds for a college-centric mindset that bases one’s self-worth on a commitment and discourages alternative careers not involved in pursuing a secondary education at a university.

It is no secret that the effort and preparation of getting into college has slowly taken over teenagers’ lives. Students joke about doing extracurriculars that look good on their résumé, taking as many APs as they can, getting little sleep and being overwhelmed and stressed all just to get into a good college. This spirals into a damaging competition of who will sacrifice the most for the chance to go to their dream college.

In fact, the whole concept of idolizing a single “dream school” is toxic in and of itself. It encourages students to put all their eggs into one basket, telling themselves that it is the only place where they will be happy, and that if they do not get in, it is just further proof of their failures. It convinces them that nothing matters except gaining admission into their dream school, no matter what the cost is, which is certainly not the case.

When students find out someone else is committing to their own dream school, they are quick to scrutinize and analyze them. Fellow peers become competitors, reduced to mere GPAs, test scores and achievements, only reinforcing a brutal zero-sum mindset. Gauging the achievements of those attending students’ ideal schools places pressure on younger ones to reach the same numbers for this shot at “success.”

The college commitment process builds the kind of competitive atmosphere that places stress on students and leaves many feeling inadequate because they either were not admitted to the school of their dreams, or their college goals do not include attending the most prestigious of institutions. But that should not be the way the world works; the commercialization of the college process and pushing high schoolers to attend highly selective and well-known universities inevitably comes at the expense of others feeling self-satisfaction with their own college choices.

According to Arne Lim at Inside Higher Education, “[It is important to recognize that] the admission scandal is not a by-product, it is a direct product of believing you have to do whatever you can to get your kid into this school. […] We hate those [U.S. News and World Report] rankings here, we absolutely abhor those rankings. You will always hear […] college is a match, it is not a reward.”

Beyond this, the focus on what college students are attending can not only damage one’s sense of self worth, but also lead to students with less traditional plans feeling judged. A college-centric environment sets the bar for achievement exceptionally high and punishes anyone who falls short. The reality is that many of these young adults who do not pursue four-year colleges go on to have wonderfully productive careers in their own fields of interests.

Although nobody can truly be blamed for romanticizing the glamour of attending college, there should be more to being human than one’s achievements. The rapid drive society takes toward traditional but unhealthy measures of validation can force students to miss some of the most valuable lessons and experiences high school can offer. Overpublicizing college commitments reinforces the harmful notion that the validation of getting into a good college, particularly the ones being ranked highly, is the only path to being successful after high school.