Versus: Should the Federal Government Waive More Student Debt During the Pandemic? 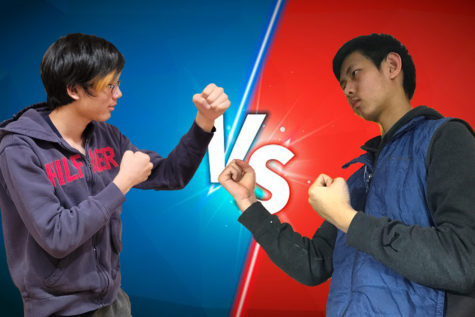 During his presidential campaign, President Joe Biden promised to forgive 10,000 dollars of student debt for all borrowers. This sparked a debate surrounding the necessity of student debt, but the argument is one-sided and straightforward: student debt must be forgiven before it is too late.

According to a Consumer News and Business Channel report from June 2020, 44 million Americans collectively hold around 1.6 trillion dollars in student debt. With the number of people affected to the extent that they are, student debt is clearly a major problem that must be addressed, especially in this pandemic. The added economic pressure of the pandemic only makes it clearer how quickly we must act on this issue.

To begin with, it is necessary to understand the true extent of student debt in the United States and how it is becoming worse. According to a report by the Mackinac Center for Public Policy, the rate of college tuition and fees for students has gone up seven percent every year since the 1980s. The worst part of this growth is that wages are not growing at the same pace.

Declan Gorman (IV) states, “[Student debt] prevents many young people from being able to save up and be able to afford basic necessities.” Those who are reliant on their own income would not only have to worry about the essentials, like food and water, but also about their student debt at all times. What other common cost rises so drastically, so steadily and so disproportionately to the increase in wages?

In addition, according to Business Insider, the COVID-19 pandemic has pushed even more Americans into a financial emergency, meaning that it is now more crucial than ever to lift these disadvantaged people out of the ever-deepening hole of financial woes caused by issues far outside their own control.

With the many financial difficulties people all across America are facing, student debt must be forgiven to help the already struggling working class. It is the least that can be done, especially knowing how difficult this time has been.

Often, people are concerned about the effect such a drastic course of action would have on the U.S. economy. While that is a reasonable assumption, U.S. military spending is the highest in the world. In fact, it totals hundreds of billions of dollars, sometimes over a trillion dollars per year, according to Statista.

Spending an excess sum of money on the military does not directly benefit the American people the way that forgiving student debt would. While it can still be argued that it is important to keep the funding there, it is entirely plausible to reallocate some funds.

While this solution may not instantaneously forgive all student debt, it would significantly improve our current situation. Especially with the pandemic, this is exactly what is needed right now. To make some progress in lessening the disparity in respect to both class and race, it is essential that any and all possible steps should be taken. For these reasons, the course of action is clear: it is best to forgive student debt.

No, It Should Not.

On March 10, Congress passed a historic stimulus package, which provided 40 billion dollars in financial aid and loan forgiveness for college, a huge boon to the millions of people who are struggling to pay student loans during the COVID-19 pandemic. Student debt, nevertheless, should not be waived, as canceling loans will actually worsen the student debt problem and divert resources from where they are most needed.

Advocates for loan forgiveness say that government-given loans make college affordable during the pandemic, but make no mistake, this benefit is only short-term. Colleges will soon recognize that people can now pay more, which will then lead to further hikes in tuition and therefore aggravating the problem instead of alleviating it.

Mr. Brian Smith, a history teacher at Boston Latin School, says, “The reason [that] college is so expensive today is because the federal government got into the student loan business.”

An article by the National Broadcasting Company explains that as the federal government increased its spending on student loans, colleges increased tuition by 102 percent. Without the government’s interference, tuition would have only increased by 16 percent. This drastic disparity could easily have meant the difference between enrolling and not enrolling in college for tens of thousands of students struggling to scrape together the cash to pay for secondary education’s prohibitive cost.

English teacher Mr. Robert Oakes recounts, “I was able to pay my way through college because I had a part-time job on the side. […] People can’t do that anymore, since wages haven’t increased at the same rate as tuitions have increased.”

If the government had not gotten involved in the first place and raised the tuition of colleges through federal spending, there would not have been such a gap between the usually consistent increase in wages and college tuition.

Debt relief, unfortunately, is just not the best use of such an enormous sum of cash. An article by Forbes reported that the highest 20 percent of earners have three times more student loans than the bottom 20 percent of earners. This means that forgiving more debt would heavily favor rich borrowers, completely defeating the point of the program.

Money going towards loan forgiveness could instead be used for more vital programs, such as food vouchers — CNBC found that just 1.15 billion dollars  spent towards  food vouchers would be enough to keep 40 million Americans out of hunger.

Luc Azar-Tanguay (I) adds, “Money should be going to universal Pre-K. […] Free college doesn’t mean anything to people who couldn’t pay attention in high school. It starts at the younger level.”

Instead of using money for student loan relief, the government should use the money to better establish the foundations of children’s well-being and education, beginning with preschool and elementary school. Subsidizing the necessities of life, such as food and basic education, should be prioritized over supporting university attendance, which is less essential.

The increasing costs of colleges and student loans are certainly a cause for concern that requires action by the government. During the pandemic, however, resources can and should be used in much more effective ways. Waiving student debt will only be a Band-Aid, offering helpful, short-term relief but failing to address the root problem, ultimately exacerbating the debt crisis in the long-term.