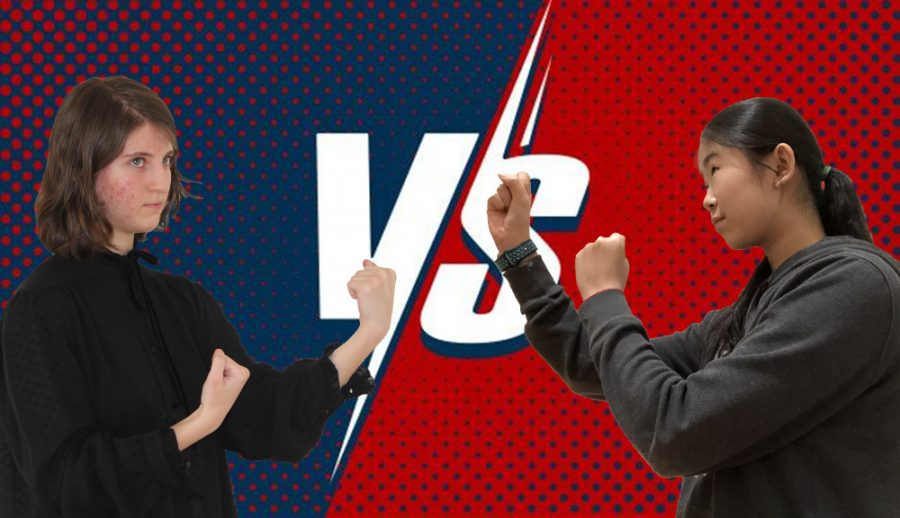 Versus: Should We Get Rid of Snow Days This Year?

Yes, We Should Get Rid of Snow Days This Year

This coming winter, most students and teachers in Boston Public Schools will be attending school in a virtual setting due to the pandemic. The manner in which they conduct online learning has made it possible for school to be held despite hazardous and restricting weather, such as excessive snow. If there is a “snow day,” online school can still be held as per usual. Snow days should not be held this winter, as they would drastically impact learning and interfere with schedules, causing unnecessary stress.

During a normal school year, students and teachers grow accustomed to following their carefully planned schedules. The unpredictable occurrence of a snow day, however, breaks the rhythm to which they are attuned. In online learning, where circumstances are fluid and stress is high, this hits especially hard. Ms. Cheralyn Pinchem, Boston Latin School History teacher, states, “snow days would be just one more thing to have to deal with as opposed to prior to the pandemic.”

When a snow day is announced, staff are forced to pivot immediately. Teachers already have it rough this year because of the late start to the school year and the difficulties of online teaching and grading. Coupled with the fact that they only have around half the amount of time to teach than they would have in-person, the situation becomes much more stressful.

Additionally, Ms. Pinchem has the fixed AP exam date looming over her. Because she needs to prepare her students for the test, she “map[s] out a calendar” for the year. Although she “build[s] in flexible days to account for events like assemblies,” sometimes this method does not always work, such as the 2014 to 2015 school year, in which there were a total of eight snow days. Having to adapt to the uncertainty of snow days makes the job of being a teacher much more cumbersome, which in turn causes the students to have more trouble understanding and mastering the material.

Even before the pandemic, most teachers gave homework over snow days. Due to the shortened schedule of only three classes per week, teachers will likely want students to make up the work that would have been done in class that day rather than give them the day off. Since students are still making up for missed work and losing a day of summer for rest, snow days are detrimental to students’ education.

For example, if students were supposed to have an exam on a snow day, they would probably still be studying for it the day before. Mr. John Kerpan, who teaches Latin, explains that on a day off, most students would prefer to have “a calm day at the end of the school year” rather than a tiring day in the middle of the year.

Without snow days, both students and teachers would have more time to devote to personal pursuits and be less stressed. Before the pandemic, it was not possible to renounce snow days, but now with the changed circumstances, it should definitely be considered.

No, We Should Not Get Rid of Snow Days This Year

Students and teachers alike widely enjoy snow days as temporary pauses on everyday troubles, and they have become more imperative than ever with the pandemic. Although online learning means that students no longer need to commute to school, there are still technological problems that present themselves in this virtual learning format, especially during severe weather conditions.

If we abolish snow days, the issue of a steady internet connection immediately emerges. Virtual learning depends entirely on a stable internet connection and a functioning electronic device. Often, during days of excessive snowfall, power outages and other complications might occur.

These difficulties make students and teachers feel disconnected from their classes and are detrimental to students’ learning. According to the Boston Herald, at one point during the winter of 2019 “over 200,000 homes across Massachusetts [were] without power after a late night storm with high winds knocked down power lines and trees.”

Those who have lost electricity or heat or had any property damages should not have to worry about joining a Zoom meeting for school. Even if they can join, they will most likely not be paying close attention to the lesson with such distractions. By keeping snow days, the school district ensures everyone has a day off during dangerous storms, so no one is forced to catch up on schoolwork or get punished for being tardy or absent in extenuating circumstances.

The brief hiatus also serves as a well-deserved mental health break for everyone involved. Both students and teachers are still struggling to adjust to Zoom classes; many reported an increase in fatigue, stress and procrastination of work because of the isolation, endless sitting and confinement.

“This year, everything is very internal. You have to be able to motivate yourself in order to get the work done […] You’re not getting that encouragement from the B[oston] L[atin] S[chool] atmosphere,” Ruth Shiferaw (I) says. A few days off here and there would allow the students and teachers to catch up on their work and sleep and help them focus better.

Furthermore, winter break this year has been shortened to only around a week and a half, from December 24 to January 4, instead of the usual two weeks, meaning that students and teachers will have less time off to relax and reset. Keeping snow days would help compensate for this.

Maya Nelson (III) has created a petition to keep snow days in the Boston Public Schools schedule, which over 600 people have already signed as of December 20. She reaffirms that “snow days are important to the mental health of both students and teachers. If you have the occasional break, then you can come back to school more prepared.”

Though students no longer have to worry about commuting to school after a snowstorm, there are still many issues to worry about when the annual Nor’easters hit. Not only will snow days eliminate some of the troublesome complications of heavy snowfall for online classes, they will also serve as a highly beneficial break for students and teachers.