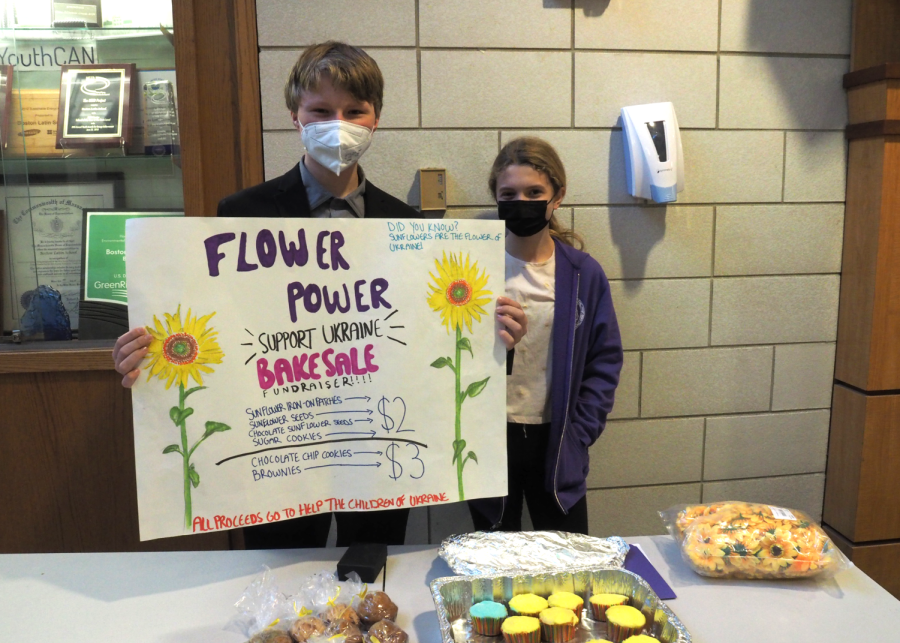 In response to the current Russian invasion of Ukraine, Boston Latin School students and organizations have launched several initiatives to raise awareness for the crisis and bring aid to those in need.

With a long history of variously hostile and close relations, as well as four months of military buildup on Ukrainian borders, the Russian government launched a full-scale military invasion into Ukraine on February 24. So far, the war has resulted in thousands of civilian casualties and forced over four million refugees to flee Ukraine. The United States government has accused Russian President Vladimir Putin and his forces in Ukraine of committing war crimes, including attacks on civilian centers.

Soon after the initial invasion, the Topol Fellows for Peace and Nonviolence held a Zoom call on March 8 with students and teachers from western Ukraine, which is currently still under Ukrainian control, in order to facilitate discussions about the perspectives of those currently living through a war.

Following the Zoom call, Topol Fellows and Facing History and Ourselves students initiated fundraising campaigns. They are raising money for nonprofit organizations — including Direct Relief and International Medical Corps — that send humanitarian relief and medical aid to those affected by the war.

Facing History student Maia Frost (II) says, “A war isn’t something to take lightly and definitely not something to ignore. It’s important to get involved because this is a humanitarian crisis.”

On March 29, Topol Fellows Emma Lu (I) and Jack Trapanick (I) held a film screening in the Seevak Room of the 1966 documentary The War Game, which depicts the effects of a hypothetical nuclear war. At the screening, Dr. Ira Helfand, co-president of the International Physicians for the Prevention of Nuclear War and the 1985 Nobel Peace Prize recipient, spoke on the current threat of nuclear war and its connection to the war in Ukraine.

Dr. Helfand first spoke to the BLS community in November 2021 at the annual BLS Human Rights Day, organized by the Topol Fellows.

“Anyone who heard him would tell you that it was one of the most unforgettable and terrifying things ever,” says Ms. Judi Freeman, Facing History teacher and faculty advisor of the Topol Fellows. “So, it was because of that, that several of the Topol Fellows felt that there needed to be a deeper dive into that,” she adds.

Another group that has been working hard to send money and support to specific people in Ukraine is Flowers for Peace, an advocacy group at BLS. The group is currently raising money for Save the Children, an organization that has been providing aid to Ukrainian children and their caregivers since 2014. Flowers for Peace is also working with the Topol Fellows to raise and send funding to buy supplies for people who have requested help.

The director of Flowers for Peace, Phaidon Athanasopoulos (II), explains, “We really need to do as much as we can, and what we are doing is not a lot, but it helps. And I encourage everyone to join the movement.”

Flowers for Peace holds bake sales in the main lobby and directly outside the school every day before and after school, as well as during lunch. Along with the other items, the group is selling sunflower seeds, since sunflowers are the national flower of Ukraine.

The humanitarian crisis in Ukraine was mentioned in the annual BLS Martin Luther King Jr. (MLK) Day celebration on March 25, which had the theme of “Lift As We Climb.”

To open the ceremony, Michael Glazkov (V) led a moment of silence in honor of all the people who have been affected in Ukraine. After that moment, he recited MLK’s words in both Ukrainian and English, using the moment to help spread MLK’s message of peace toward the effort for peace in Ukraine.

With many lives being uprooted in parts of the world like Ukraine, Glazkov remarks, “What students need to know is to appreciate what they have right now.”