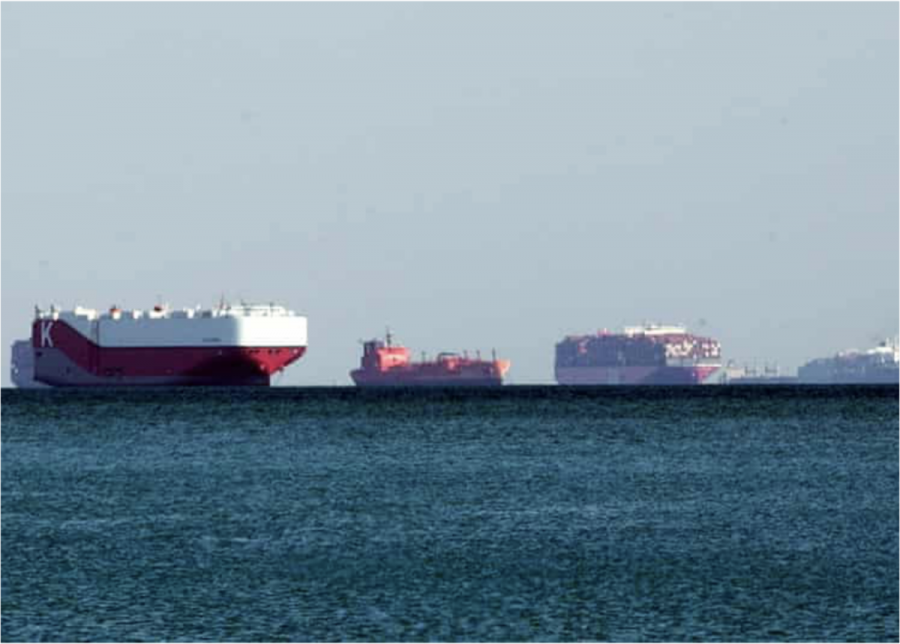 Cargo ships struggle to keep up with the high demand of products. (Source: William Boston)

If you have tried ordering something recently, the delivery time may have ranged anywhere from one week to four months. This nationwide problem is even seen at Boston Latin School, which is running low on paper! The world’s economy relies on a global supply chain; pathway goods must travel to be delivered from point A to point B. Although the supply chain crisis is a pressing issue, people should not blame President Joe Biden for it. Instead, we should look for solutions to fix this global problem.

One of the main causes of the supply chain crisis is COVID-19. The New York Times notes that when the pandemic started, many factories across the world had to shut down due to safety concerns. People were still shopping online, however, and the demand for items was still high, if not even higher, inducing the first break in the supply chain.

Another issue was traffic at ports that were clogged up by the high volume of ships. This was the second break in the chain. Additionally, many
truck drivers in the United States were not able to work due to COVID-19. As a result, there was no one to unload the containers from ships or transport the containers to stores across the country. This was the third break in the supply chain. These disruptions initiated a domino effect, showing how interconnected and dependent each link is on the other.

The supply chain crisis has caused significant increases in the prices for goods along with higher inflation, affecting people’s lives on a daily basis. When there is a problem, people naturally look for a scapegoat. Vox reports that many conservatives have turned to accusing President Biden. It is reasonable for people to want policymakers like President Biden to fix this issue, but they need to come to terms with the fact that the supply chain crisis is a global issue and cannot be solved by one person and with one policy.

Luckily, there are solutions that are already in place. BLS economics teacher Mr. Dominic Rinaldi says, “The most common tool [that the] government uses is [increasing or decreasing] taxation.” If the government increases taxes on companies that have shipping containers sitting at a port for more than a week, it would provide incentive to get things moving. Alternatively, the government can also decrease taxes for consumers, so stores can get more money and hire more truck drivers.

Maya Nelson (II) adds, “If the government could redirect some of the ships involved to other ports, specifically away from Los Angeles and Long Beach ports, that would make things move a lot faster.” The government could make this happen by building more ports along California’s central coast instead of only using major cities like Los Angeles, Long Beach and Oakland. This would also bring jobs to new markets and balance out the large amount of ships being sent into major harbors.

A long-term solution to the crisis would be making domestic industries more active and lowering the amount of outsourced foreign production. This could be viable through taxing companies that more heavily outsource their labor. This would, however, require a lot of legislation that cannot be easily accomplished by President Biden with a gridlocked Congress. BLS AP Comparative Government teacher Ms. Meredith Elliott explains, “[President Biden only] has the power to direct executive agencies on how to implement laws passed by Congress,” and cannot act on his own. Legislation like this could also anger other nations if people lose jobs in this process. President Biden does not have control over this type of situation and may lose public support by pushing for it.

While President Biden can make many changes to help our economy, there is not much he can do to completely resolve the supply chain crisis, since it is a complicated global issue that requires the collaboration of countries and nations.