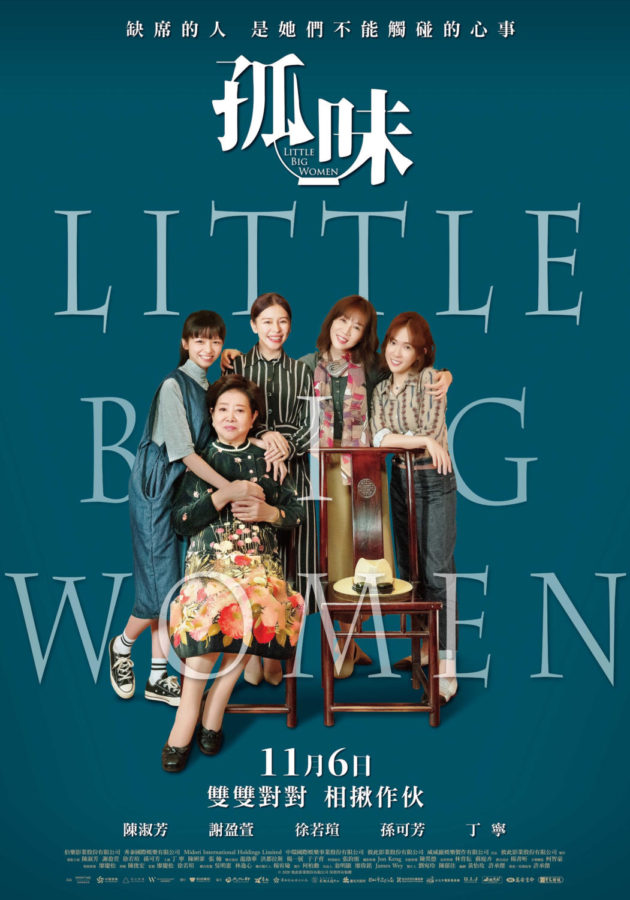 Little Big Women was released on Netflix on October 22, 2020 and has since attracted lots of attention. (Source: IMBD)

With a variety of films just a click away, who knows what to watch anymore? If you find yourself asking this question, Little Big Women (孤味, “Guo Mie”), a hit Taiwanese drama in Hokkian and Mandarin that premiered in November 2020 and added to Netflix this February, is the answer.

The film, directed by Joseph Hsu, is jam-packed with well-known East Asian actors and actresses. Star-studded and beautifully produced, the 123-minute melodrama brings a new kind of movie to the Western industry. In addition, it is critically acclaimed, being ranked as one of the top 10 Chinese films of the year.

The story focuses on Lin Shoying (Chen Shu-fang), a single mother of three, who on her 70th birthday discovers that her former husband, Chen Bochang, has passed away. As the story unfolds, the viewers watch how her daughters deal with the grief of losing someone who was already long gone from their lives.

As the youngest daughter and owner of the family restaurant, Jia-jia (Sun Ke-fang) struggles to grasp the reality that was hidden from her as her mother’s past is finally revealed. The middle child, Dr. Yu (Vivian Hsu), is seemingly the most successful but deals with difficult decisions surrounding her daughter’s schooling. Ching (Hsieh Ying-xuan), the eldest, faces constant grief and resurfacing health issues. The cinematography and movie score perfectly capture the sorrow of all the characters, complementing each other into an award-nominated movie.

Basing Taiwan’s top-grossing film of 2020 on his personal life, Hsu states, “This is a story based on my grandma. She raised eight kids by herself after my grandfather ran away decades ago. The story between my grandma, grandfather and Aunt Tsai happened when I was in high school. This memory came into my mind when my grandmother passed away in 2014.” Inspired by his own story, Hsu first created the short film Guo Mie in 2017, before he finally directed Little Big Women in 2020.

Hsu is correct in characterizing Little Big Women as an interesting story. Unlike the typical action or horror movie in Hollywood today, the film is slow-paced and has many layers. Megan Tsern, a journalist for the University of Southern California’s Daily Trojan, claims, “Opposed to the high-action conflict-climax-resolution Western story structure, Little Big Women was made through the lens of Taiwanese family culture, emphasizing the complex relationships and struggles within the Lin family.” Hopefully, the growing popularity of East Asian dramas in the Western industry will only increase as more movies are introduced.

Although the change of genre may be refreshing for some, New York Times journalist Natalia Winkleman comments, “By the time it is over, Little Big Women has lost any sense of restorative power — all that registers is tedium.” Some of the scenes were indeed slow, but the small details and overall plot make up for those short moments.

Little Big Women is a poignant film that might not be right for every occasion, but if you are looking for an emotional watch, you will not be disappointed.