Sia’s Music Is A Maelstrom of Misrepresentation 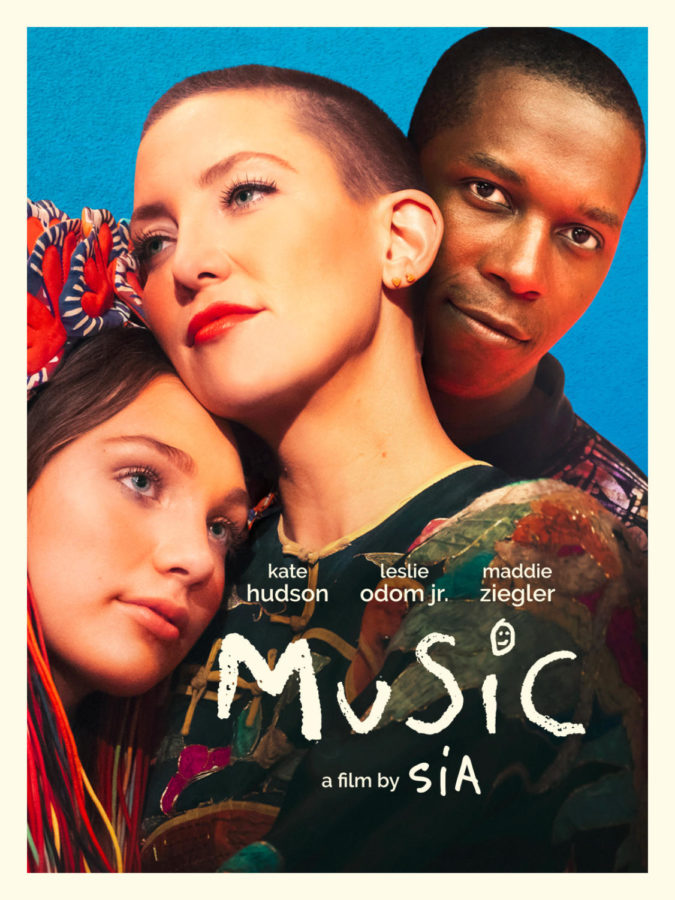 Music is nominated for a Golden Globes.

With a number of chart-topping hits to her name, Sia is no stranger to the public eye. The artist’s latest project, Music, however, has gained the media’s attention for much more controversial reasons. Released on February 10, 2021, this musical tells the story of Zu, a recovering addict who assumes custody of her autistic sister, Music, when their grandmother suddenly passes away. As she tries to balance her personal struggles with her newfound responsibility, she forms a relationship with Ebo, one of Music’s caregivers.

The film has been nominated for multiple Golden Globe awards and features a cast of familiar stars, including Maddie Ziegler, Leslie Odom Jr. and Kate Hudson. You will notice, however, that each of these actors are able-bodied and neurotypical individuals, including Ziegler, who plays the titular character. It is this inaccurate portrayal and Sia’s blatantly offensive defense of it that has drawn so much criticism from activists and the media.

Music attempts to weave together plotlines of addiction, HIV, autism and domestic abuse. The film has its touching moments, but its jumble of narratives coupled with elaborate musical numbers (some interjected after even the most gruesome parts of the film) overwhelm its core message.

The film boasts a theme of “finding your own voice,” yet aside from momentarily overcoming her physical impairments to sing a song at the end of the movie, Music’s character is static. Rather than centering Music’s experience, the film prioritizes her sister Zu’s journey toward sobriety and stability. Her progress is marked by her growing tolerance of Music’s autism, which she initially sees as a burden. Twice, Zu considers putting Music in a facility, even though the slightest deviation from routine is incredibly distressing to her. The title character seems to function more as a plot device to further Zu’s story and never gets to exercise autonomy over her own life. Autism defines her identity, promoting harmful stereotypes about those with the disorder.

Boston Latin School psychologist Ms. Gina Aki says, “If you do not have autism or educate yourself on the matter […] you could unknowingly perpetuate another stereotype. It is so important that if we are writing and creating a story about a character that is different from ourselves, we involve the appropriate people at all levels — this includes not just actors but scriptwriters as well.”

Neither Sia nor her co-screenwriter is autistic. Sia claims to have done extensive research with the organization Autism Speaks, which has been accused of promoting harmful misinformation. Sia then released a tweet saying that Autism Speaks became involved with Music years after filming, which begs the question: where did she do her research? In another interview, she stated she had trained Ziegler to “act autistic” herself.

Ziegler, about 15 at the time, reportedly implored Sia to not enforce the contract that required her to portray this character. She feared others would think she was making fun of them, and she was right.

Autistic activist and actress Paige Layle says, “You can’t act autistic without making it look like a mockery, especially with the kinds of things that the character Music struggles with.”

She references the expressions and mannerisms Ziegler displays throughout the film. Other neurotypical characters mimic this same behavior in the musical dance numbers scattered throughout the film, as if it is just another part of the visual aesthetic. These sequences are meant to convey Music’s overstimulated perception of her surroundings, but such flashy colors and quick movements can actually be harmful to some autistic viewers, making the movie unwatchable for those it claims to represent.

The film also depicts a dangerous method of physical restraint. There are a couple of scenes where Music becomes overstimulated, leading to a meltdown. In both instances, her caregivers respond by using a tactic known as prone restraint, which supposedly stabilizes the situation with no sign of any residual effects.

“Physical restraint is dangerous and can lead to significant trauma, serious injuries and even death,” according to Guy Stephens, Founder of the Alliance Against Seclusion and Restraint. The harmful nature of this restraint is apparent when Leslie Odom Jr.’s character, Ebo, forces Music to the floor and holds her down with his weight, claiming he is “crushing her with his love.”

Sia responded to criticism over these scenes by issuing a new warning to be shown before the movie and stating that they would be removed from future versions of the film. This has yet to be included on all streaming platforms.

Although Ziegler was contractually obligated to be in the film, Sia claims that they originally cast an autistic actress before letting her go when she became overwhelmed. This reflects the long history of autistic actors being denied roles they were perfectly qualified for, simply because others were unwilling to accommodate their needs. When some of them spoke up, Sia responded, “maybe you’re just a bad actor.”

Autism exists on a broad spectrum. It would be impossible for a single film to capture one universal experience that all autistic people can relate to. Like other marginalized communities, autistic and neurodivergent people lack sufficient media representation, putting immense pressure on each film or character. That is why those with actual expertise in this condition must be given a seat at the table and be cast in onscreen roles. Representation cannot be accurate or authentic without the input of those who have lived these stories and experiences. It is time to shift the spotlight.