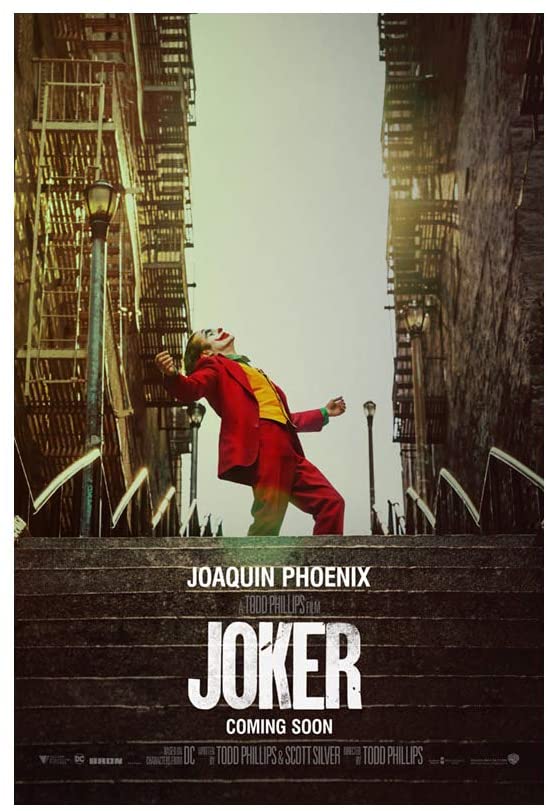 Joker was released in October of 2019 featuring Joaquin Phoenix as Joker.

Joker (2019), directed by Todd Phillips, is a film nominated by the Academy of Motion Picture Arts and Sciences for the Academy Award for Best Picture. The Boston Latin School community was asked to rate the screenplay, the acting, the music and the movie overall out of five stars. After calculating the averages of the responses and rounding the data to the nearest tenth, the results, as well as comments on the movie, are shown below.

It’s very clear that the movie makers put in a lot of effort into making Joker!
spooky. i liked it.
It was disturbing, but there was superb acting. It has an ambiguous message that might cause people to be unable to discern right from wrong.
It was a quality movie, but also disturbing and could be slow at times.
Deliciously dark vision of Joker incorporated with superb acting and screenplay. It was somewhat slow but deliberate that culminates in rightful despair. One of the finest movies ever crafted.
I thought it was very well-done, but it has the potential to be dangerous to impressionable minds. The acting was excellent.