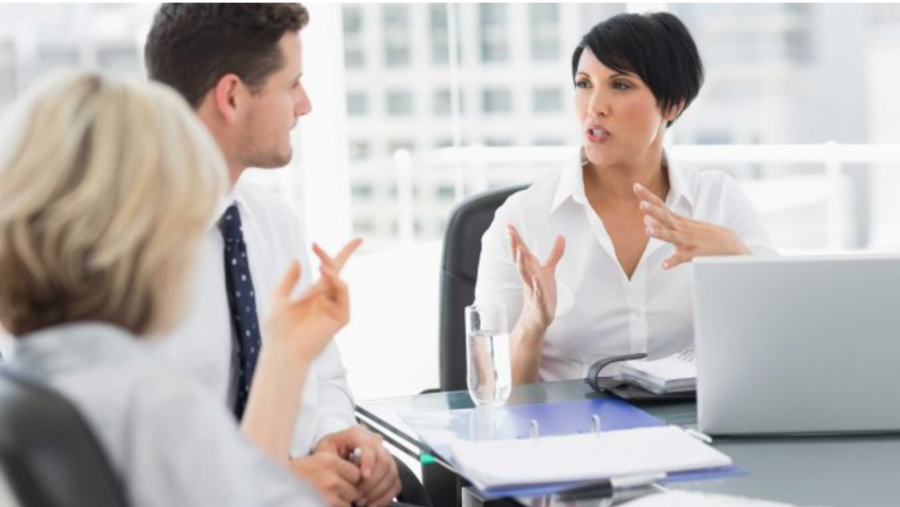 Correcting someone's grammar is most often counterproductive in a conversation. (Source: Wavebreak Media)

When people hear something that sounds grammatically incorrect, their first instinct is to correct that mistake. Children are taught from a young age about the importance of grammar and its application in everyday use. Yet, there are significant reasons to suppress that urge instead.

In informal settings, there is, unquestionably, no reason for correcting others’ grammatical errors. To begin with, people mainly correct grammar to either demonstrate their own prowess, boasting superiority over another person or impose some non-existent golden standard of the language on others.

For example, there exist several unimportant rules in English, such as the fact that a sentence should never end with a preposition, or that speakers ought to differentiate between word pairs like “further” and “farther” or “less” and “fewer.” Anyone is welcome to make such distinctions if they so desire, but choosing not to will hardly impact one’s clarity in speech.

The corrections which people tend to make seem to apply much more formal rules of grammar than standards of colloquial language call for. They are almost never necessary and certainly do not improve the conversation. Rather, it leaves the speaker annoyed, and only distracts them from the topic at hand. In fact, there is a far greater consequence than the corrector may realize: these unnecessary corrections can diminish a person’s confidence and make them less comfortable in conversing.

Ms. Kristy Dupuis, Head of the Boston Latin School Writing Center and seventh-grade Humanities teacher, states, “I think there are some people that [think] proper grammar is an indication of intellect, and equate that with how educated one is.”

The assumption that grammatical “correctness” correlates with education is simply untrue, and contributes to the condescending view of one’s intelligence. It leads many to dismiss the value of other’s ideas, solely based on their manner of speaking. This is a discriminatory and absurd way of acting.

Correcting grammar is often a way of asserting superiority, but as many will agree, regulating language in such a way only serves to restrict and frustrate others, not to clarify or assist them. Most times, the corrections delegitimize dialects, such as African-American Vernacular English. By deeming other vernaculars as improper, people are dismissing the rich history that created them and contributing to harmful stereotypes about the communities that use them.

Shelsie Jean Laurent (I), leader of BLS Black Leaders Aspiring for Change and Knowledge (BLACK), states, “I have been on the receiving end of grammar policing, which is like instead of ‘were’ I say ‘was’ and someone will correct me. A lot of times, within Black culture, we often talk in a joking manner, and it’s not meant to be improper, it’s just the way we speak.”

The abolition of grammar policing is especially imperative at an institution such as BLS, which prides itself on diversity and the acceptance of other cultures. When grammar policing is discouraged, it allows for the appreciation of people’s unique dialects and makes room for everyone’s voice to be heard.

Laurent sums it up best, explaining that the grammar rules learned in school do not make sense in informal contexts, where dialect or slang is used: “It is not meant to be standard English, it is a mixture of different dialogues which people are proud of.” In correcting others’ grammar, people devalue their cultural heritage and background, where a person’s way of speech stems from. It robs people of the pride they should feel from their unique heritage.

So please: focus your attention on what people have to say, not how they say it.