Spotlight on Ulysses Brenzel (I) 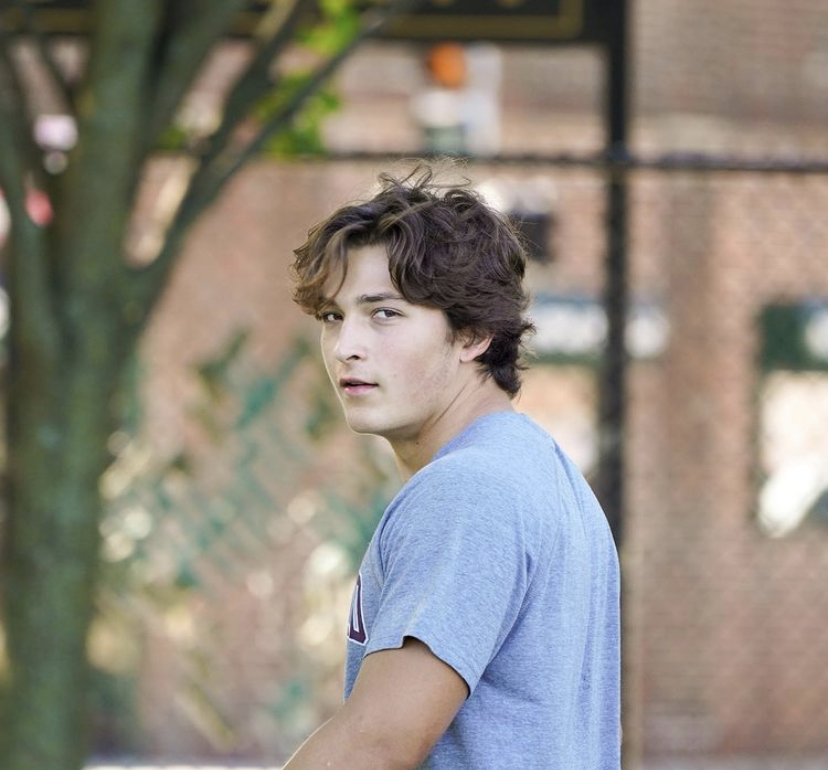 Uly Brenzel (I) commits to Dartmouth for his accomplishments in Rugby.

By Thomas Stone (I), Contributing Writer

When thinking of high school or collegiate sports, football or soccer come to mind. That, however, is not the case for senior Ulysses Brenzel.

Brenzel’s passion is for a more esoteric sport — rugby. Brenzel’s journey with rugby had an interesting start: “[In the] spring of [my] eighth-grade year, [my parents and I] googled ‘Massachusetts rugby clubs’ and found the closest team to me. We called them, and they said their season had already started, but that I was welcome to show up and practice with them.”

The rest is history. Brenzel quickly rose in the ranks, commenting, “It only took me a few practices to realize that I had a gift for rugby, and by the following week I was a starter.” Brenzel tapped into his natural athletic ability, and combined with his intelligence both in the classroom and on the field, he found love for something that he hadn’t known existed, soon becoming a star on the field.

Through the years, Brenzel has played for many teams, including the Boston Irish Wolfhounds and Massachusetts Select-Side, captaining for four years on the former and one year on the latter, excelling in the flyback and wing positions.

Brenzel used his rugby skills and leadership to bring his sport even closer to home. He started a rugby team at Boston Latin School. He says, “I luckily found rugby at a somewhat young age, and since then I have wanted to share the experience with as many people as possible.” Brenzel did not want his journey with rugby to end with high school, so he looked to the collegiate level.

Brenzel will play rugby and further his academic career at Dartmouth College. He described his commitment process and experience, saying, “I was playing in a local tournament when the captain of the New England Professional team saw me play and came up to me after my game. We talked about collegiate rugby and he said he wanted to introduce me to the Dartmouth coach (Dartmouth has very strong ties to the New England Professional team). [The coach and I] had numerous phone and Zoom calls where we discussed rugby and Dartmouth. One weekend he invited me up to come watch them play and after the game we spoke and he gave me an offer.”

He credits a lot of his success in life to his parents, saying, “They have always been essential to my athletic success; they are my biggest fans, always willing to help me train, and they inspire me to be great.” As for the commitment process, he owes “a lot to the captain I spoke to, Tadhg Leader, since the Dartmouth coach said he’s never had such a strong recommendation as the one Tadgh wrote for me.”

Brenzel is looking forward to his future at Dartmouth because “Dartmouth rugby has connections and networks to countless professional teams, including coaches from USA Rugby. They have all the connections if I want to pursue rugby after college, and Dartmouth produces multiple professional and Olympic rugby players every year.” We wish him the best of luck as he continues his journey in college!