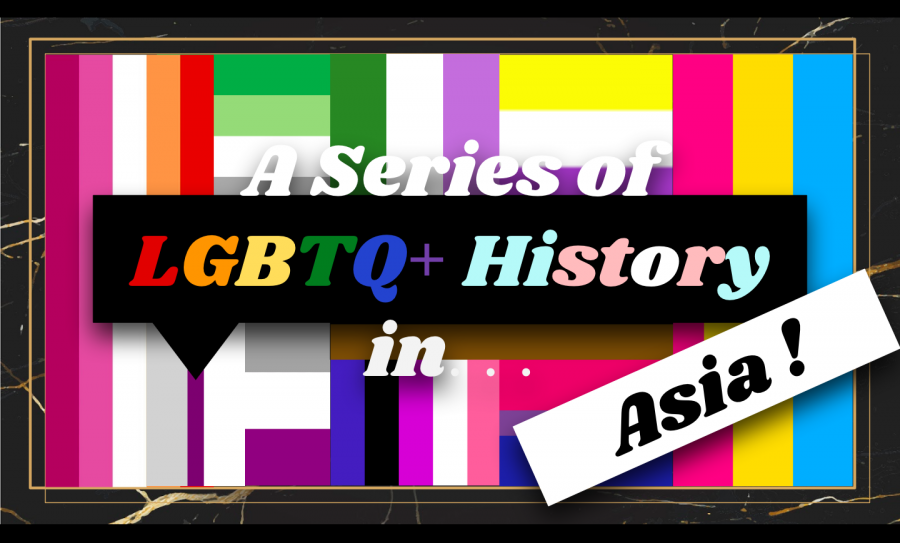 GSA kicks off their new series with a presentation on LGBTQ+ history and culture in Asia. (Photo by: Alanna Quirk-Aboujaoude (II))

Boston Latin School’s Gender-Sexuality Alliance (GSA) kicked off their brand new “LGBTQ+ and History Around the World” series on December 1.

The first meeting of this series centered around LGBTQ+ history in Asia with a focus on China, Vietnam, Indonesia and India. The discussion covered a wide variety of topics, including Indonesia’s diminishing lengger dancers, Hindu worship of LGBTQ+ deities and Legalist philosopher Han Fei’s tales about LGBTQ+ figures.

The new series focuses on many topics, such as the history of LGBTQ+ rights, religious and historical figures and different gender identities that exist in other cultures. The officers began the series with the intention of teaching Black, Indigenous and people of color (BIPOC) in LGBTQ+ history.

GSA First Vice President Joanna Li (I) states, “I hope that this series will be valuable to the BIPOC LGBTQ+ youth that [see] them, whether they come to the meetings or not; that knowing we value their cultural inheritance encourages them to be more confident in their identities.”

These topics are not commonly covered in the BLS curriculum and oftentimes are not represented fully in history curriculums. Even within the LGBTQ+ community, BIPOC youth may feel ostracized as there is often only focus on their white counterparts. Through this series, GSA hopes to broaden the BLS curriculum and to promote LGBTQ+ history to expand students’ understanding of the LGBTQ+ community.

Another reason the GSA began the series was the lack of knowledge around the history of the LGBTQ+ community in general.

Ourania Parastatidis (II), GSA Second Vice President and organizer of the series, says, “I think it’s important that we, as a generation, understand the actions taken by people in the past that have contributed to the present. However, it’s also relevant to understand that history is complex (as much as it may repeat itself) and that ‘LGBTQ+’ as a term didn’t exist in majority places, and so it’s important to discern the label we apply to people in history; especially since different countries have their own terminologies that may even have spiritual/religious or other cultural significance.”

Looking forward to future meetings of the series, which are set to happen on the Zoom meetings this school year, GSA hopes to focus their next talks around LGBTQ+ history and culture in Africa and Eastern Europe.