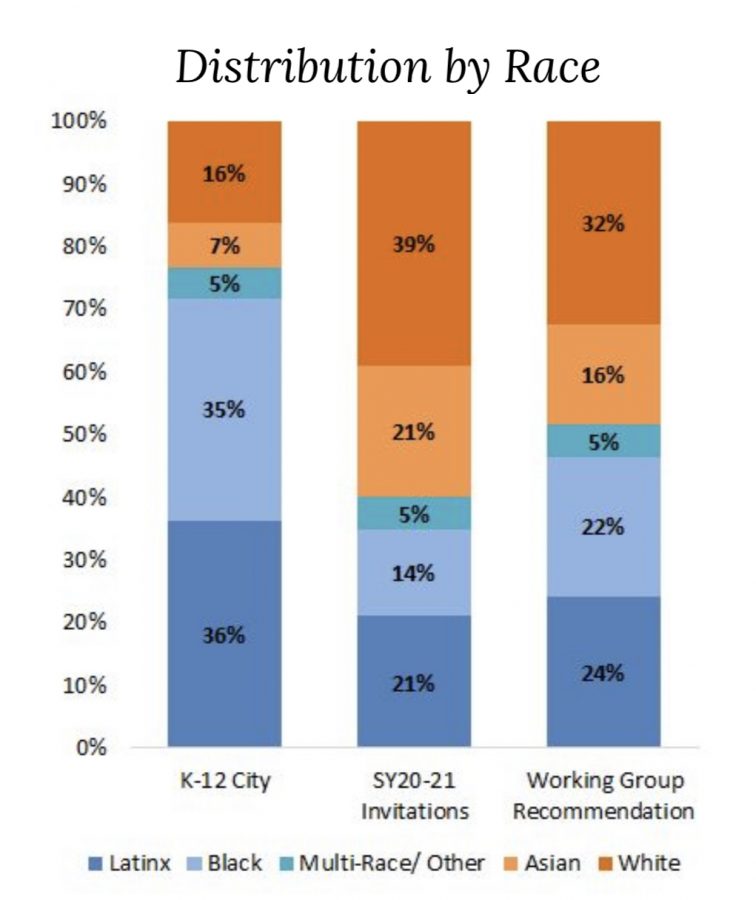 On October 22, a new plan was voted into place detailing the acceptance process for the three exam schools at the Boston Public Schools.

For the 2021-2022 school year, the admission to the exam schools, which include Boston Latin School, Boston Latin Academy and the John D. O’Bryant School of Mathematics and Science, will depend on both GPAs and student zip codes.

The plan was proposed by the Exam School Admissions Criteria Working Group, team of educators, parents, and activists affiliated with BPS–including BLA parent Zena Lum and BLS Head of School Rachel Skerritt. According to the proposal, students will be chosen for the 2021-2022 applicant pool based on report card grades and exam results from before schools were closed due to the pandemic.

The first 20% of the invitations to each exam school will be given to students with the top-ranking GPAs and MCAS test scores in the city. The other 80% of invitations will be distributed based on students’ zip codes in addition to their GPAs and test scores. The plan will take families’ personal choice of preferred schools into consideration.

Each zip code in Boston will be given a certain number of spots that can be filled, based on the number of eligible students in the area. By the new plan, zip codes will be categorized by median household income, and areas with the lowest median income will be given priority in the distribution process. Students with the highest GPAs in their respective zip codes will then be given invitations to exam schools.

The new plan for admissions was pursued in response to the COVID-19 pandemic. Up until last year, eligible students have been taking the Independent School Entrance Exam (ISEE), using both their scores and GPA to gain entrance to an exam school. Due to the pandemic, however, administration of an in-person assessment is no longer available. In addition, the closure of BPS schools in mid-March has made it difficult for grades to be assessed as they usually would be.

It is unsure whether this change will be in place permanently. BPS is currently still developing a plan for future years that will help to combat racial inequity in the entrance exams.

One BLS student, Emmanuelle Bogomolni (II), wrote a letter to the superintendent in support of the suspension of the ISEE. She created a petition supporting the Working Group’s proposal, which was signed by 278 students from BLS, BLA, and O’Bryant.

“I was hoping to show unity and people coming together to show support during these hard times. We are all thinking about others and we want what is best for everybody,” says Bogomolni regarding the motivation behind writing the letter.

Despite the support the change has garnered, there have also been criticisms of the plan to admit students partially based on zip codes. Those against the suggested system have argued that it would harm the chances of poorer students who live in wealthy neighborhoods with small areas of poverty.

“There were voices against the Working Group’s recommendation to use zip codes and median family income in the process for seat selection. There were also those who advocated for adding more qualitative admission processes, like student interviews and/or essays,” says Lum.

Exam school reform had been in the works throughout the year to address the issues from the previous admission system. After severing ties with the company behind the ISEE, BPS announced that the MAP test, a test similar to the ISEE but more closely aligned with the BPS curriculum, was being considered to take the place of the ISEE. This exam is statistically less biased against diverse student groups than the ISEE is.

It is unclear at this point in time whether it will take the ISEE’s place as the exam to get into BLS, BLA, or O’Bryant.

In regards to the new plan based around zip codes and GPA, Head of School Skerritt concludes,“No solution is perfect when you’re in a crisis situation. We wanted to make sure as we designed a new policy…that we also considered how to ensure how the exam schools reflected the geographic, racial, and economic diversity of our city. That’s one of the biggest strengths of our city and it’s one of the benefits that students get by attending an exam school, being able to sit next to students from all different neighborhoods, backgrounds, and identities.”